I have found what looks like a crack at the rear of my Model 92/96 slide, what do I do?

On the Model 92/96 series slide, there is a machine cut at approximately the 8:00 o'clock position inside the hammer slot and intersecting with the firing pin hole.  This cut is part of the machining operation and is not a flaw/defect on your firearm. This design change began with the 92F model in 1985, and all 90-series pistols produced after 1985 will include this cut. This may include some variants of the 92SB pistols, which were produced until the early 90's. 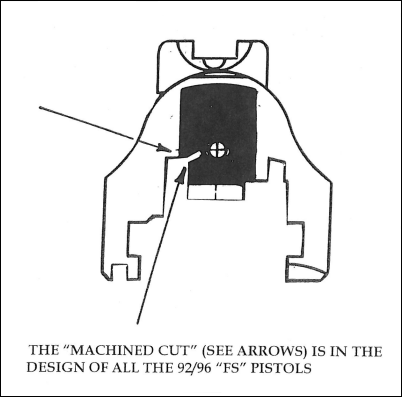